- February 07, 2020
Hey everyone! This is the comment wall for my Storybook, Lara Croft and the Mask of the Jaguar God. Thanks for your feedback!

Popular posts from this blog

Introduction to an International Studies Major 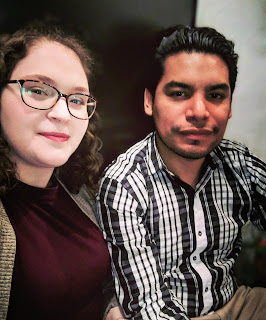 Hi, I’m Cece! I’m currently in my last semester of the accelerated BA/MA program at the College of International and Area Studies, expecting to graduate in May (if my thesis doesn’t kill me first), so if any of you see me around campus looking dead inside, know that I probably am. As you might have guessed if you read my “favorite place” post, I’m a big fan of Mexico and Latin America in general; Latin American studies and energy policy are my two focus areas at CIS. I’m fluent in Spanish and currently am learning Jopará, which is a language spoken in Paraguay that is a combination of Spanish and the local indigenous language, Guaraní. I’m learning it because, as of last month, I have been invited to serve by the Peace Corps as Community Economic Development Promoter in Paraguay. I’m really excited to be offered the opportunity, as I’ve been obsessed with the Peace Corps’ mission since my freshman year here at OU.


When I’m not talking about my degree or the Peace Corps, I enjoy reading…
Read more 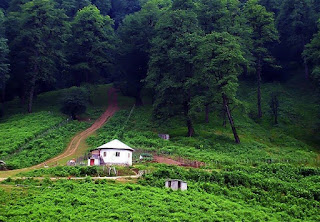 Sarnevesht
When my son was born, it was love at first sight for me. I knew from the moment I first held him for the first time that I would do anything for him. He was my first child, after many failed attempts by my wife and I to have a child. Soon after he was born, I took my son to the mullah to have his horoscope read. I gave the mullah all the information of his birth, and waited anxiously while the man did his calculations and consulted his books. I wanted my son to have a good life, more than I had wanted anything before.
After a while, I watched a frown form on the mullah's face, deep furrows appearing on his brow as he checked, then double-checked his calculations.
"What is it?" I asked him anxiously.
The mullah shook his head, then said gravely, "I'm sorry, agha, but I can only see a violent end for your son."
"'A violent end'?" I repeated incredulously, "What does that mean? What does his horoscope say?"
He shook his …
Read more